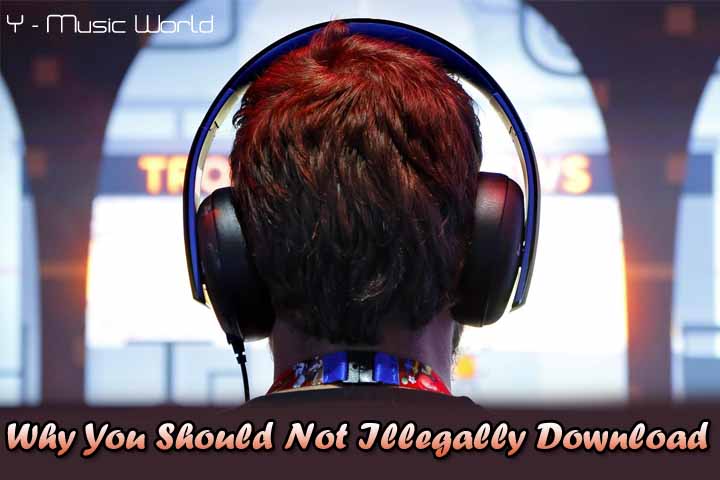 Currently downloading music is ubiquitous with younger people and most music lovers in general, and even though it seems like it may be benefitting to download an album and not have to pay for it, there are consequences. By taking the music for free, not only are you getting around supporting the individual artist, but you are also harming the entire music industry as a whole and limiting what future artists will be able to produce.

While Those Facts are True

This argument against downloading music has nothing to do with the fact that it is illegal, or that in some cases people have prosecuted for it. While those facts are true, the real case against obtaining music free is a moral and practical one. Let’s start with the moral since it is at the root of the issue and leads to the practical.

Downloading music without paying for it is stealing

There’s no way around it. Whether the government has declared it illegal or not, it is an immoral act. You are taking something that people worked hard on and not paying them what they deserve for it, and the argument that you are only stealing from a big record company doesn’t work either; record companies have employees who are people too, they deserve compensation for their work just like you would expect.

Popular Music is Having the most Trouble


Add to this the fact that it is mostly the smaller record labels that cannot survive plunging record sales, and you can see the problems that are causing. This is where the moral moves into the practical; the record labels producing new and exciting, less-popular music are having the most trouble, and this means that the music industry is losing what little creativity and drive that it has left.

The issue goes farther than just the record sales though because labels and bands cannot make money from album sales, they have to raise concert ticket prices. So many of the people download albums end up paying more if they want to see a band in concert. This may be fine, but what about the bands who cannot make up the difference by touring? Well, you will probably see less of them around.

Downloading Music on the More Original

An age is coming where more and more individuals and bands will be selling their albums themselves from their own websites or wherever. Can their so-called fans continue to steal from them in this direct fashion? The consequences of downloading music on the more original and exciting artists will become more and more clear, and hopefully, people will see that in this new digital age, some voluntary morality on the part of consumers will be required if they want to continue to have great music in the future.