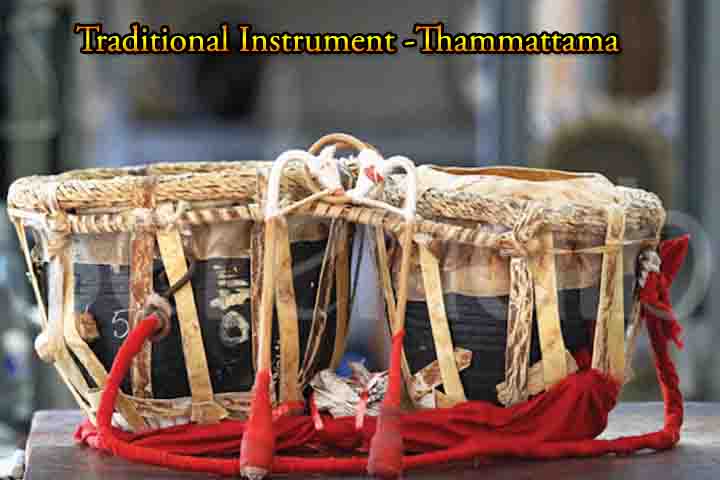 The Traditional Instrument – Thammattama, Thammattama is playing an important role in the Sri Lankan Buddhist religious festival. In particular, the Thammetama can introduce as a player with the Daula in various religious temples. On the Poya’s Day on Buddhist places of worship, when taking the “Karaduwa” in the temple, in the funeral mall, Playing Tammettama together with the Daula.

According to the folklore about the birth of the Tammattama, it a product made from the body parts of a saint named Mahmuni.

It is from the veins of the kappippu mahumi that used for playing. this instrument was first played by the divine son of Gandharva.

This is the manner of the Bongo symphony, the Buddhist tradition, as well as the practice of Buddhist religious rituals, the use of temples, sacred relics, and sacred relics have used today. Thamattama engaged in a long history of hand drumming, The “Kadippu” used to play Thammettama, The shape of the kadippu end is been bend, The Thammettama should be inevitable in the Hevesi at Buddhist temples.