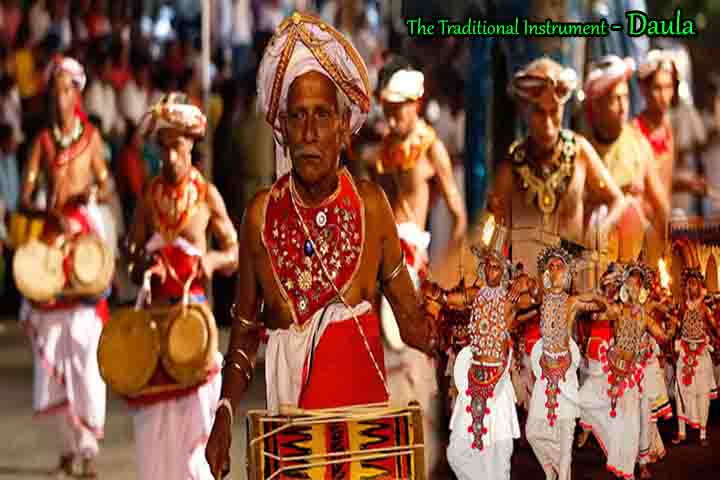 The Traditional Instrument – Daula, During the local orchestral items, Daula can introduce as a product of a long history. According to the classification of flaky goods, it is a music item belonging to the ‘Late’ category. It also one of the longest known drumsticks among the locals, and it has been a unique drum in Sri Lanka (Sinhalese) for a long period.

The folklore of the birth of Daula reveals that its musical instrument designed to play the Buddha’s Enlightenment. There saying among the traditional duelists: Thus, it evident that the birth of the Daula also made into a Buddhist tune with the Buddha and God. It considered a drum for Heviz. Also, 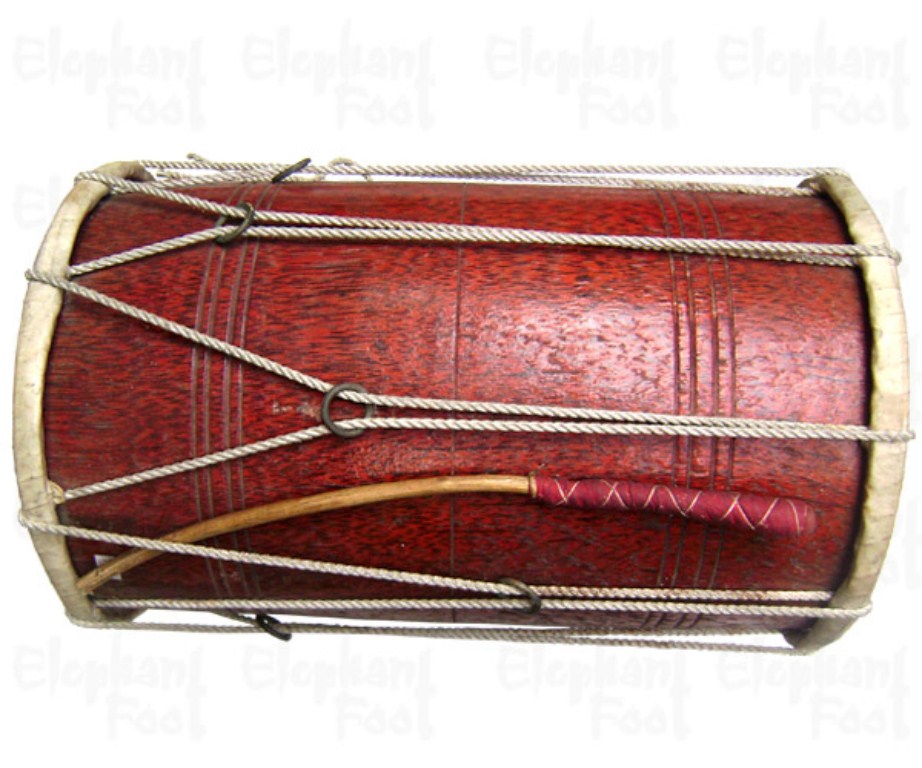 The main instrumental in the Sabaragamuwa dance traditionally used in dance music. Buddhist tradition is a tradition of Buddhist viharas and Buddhist rituals, as well as a folk orchestra used for funeral and wedding occasions for the sacred rituals. ” Daula” is known as the main instrumental instrument of the Sabaragamuwa dance tradition, It was the Vesak celebration that was regarded as a Buddhist communication occasion A Vesak flag or at least a blue round – yellow-red cloth is wrapped around the Daula.

The Daula are made from such as Esala Tree, Neem Tree,( Azadirachta indica )  Gansuriya (Thespesia populnea)  Jackfruit tree and Kithul ( Caryota urens ) While preparing Daula from valuable timber It is the oldest method of decorating the trunk and brass bandages, The Daula stem is about 18 to 20 inches long. It used “KADIPPUW “for playing. Applied Music, Juice also used when necessary.