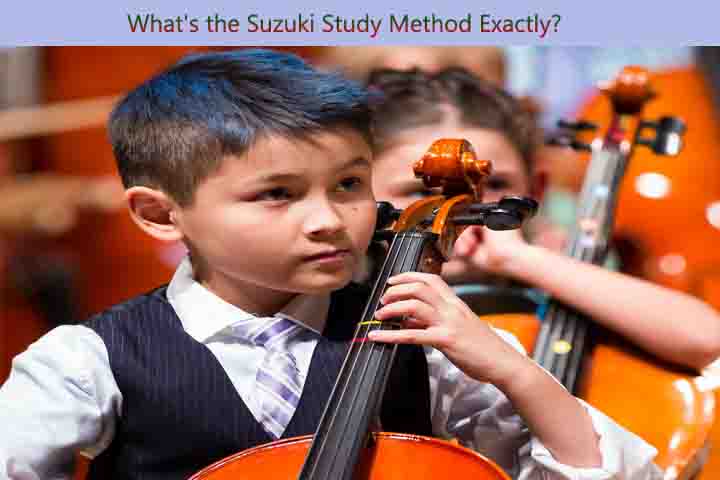 Suzuki study method, often discussed with the whole nature/nurture debate has been going on for many years, both within the music world and outside it.

Nevertheless, extensive research in the 1990s was able to show that high levels of musical excellence do not have to be rare. It found that, typically, in the early stages of learning, high-achieving musicians had received tuition from friendly but highly professional teachers combined with high levels of support from their parents; they also spent more time practicing.

Half a century earlier, Suzuki had come to the exact same conclusion – that for much high musical achievement was possible for many people. He showed with hundreds of his own students that effective teaching and a supportive home environment could produce superb musical results all professional musicians have spent hours and hours over many years practicing their instruments.

At the same time, many who are successful feel they are special and have some exceptional talent not given to ordinary people. This idea may have instilled in them from an early age to encourage their practicing endeavors.

Those who are highly successful

generally considered to have born with some extra innate musical talent and this may be true for artists at the top of the profession.

The myth that Suzuki could develop talent in all children has come through a misunderstanding. The view that musical ability is rare is gradually changing as research catches up with Suzuki’s earlier findings.

Teachers and parents are beginning to appreciate that, with appropriate training and environment; musical ability can be developed so that children can reach their full potential. The second myth surrounding the Suzuki study method is that it is unnecessary, harmful, and perhaps impossible to involve parents in instrumental learning.

High levels of musical achievement are probably unattainable without parental support. Suzuki had parental involvement 50 yrs ago when it was unusual, now not so frowned upon. The third myth, which came from watching a 60’s footage of large groups of Japanese violinists playing in unison,

The accusation was that the children played mechanically and not musically, but actually they can all play together so well because they all learn the same music.

A bit like a violin section in an orchestra playing the same music. In addition to individual lessons, most Suzuki teachers run group lessons at which general musicianship covered, often in the form of games, to develop the child’s co-ordination, aural and reading skills, performing and ensemble skills. It is wrong to assume that the Suzuki teaching method is purely a group teaching method.

paired lessons at which their personal needs carefully addressed. The last myth is about the Suzuki student’s ability to read music. It often reported that they could only read music poorly or not at all. It is true that at first, often at age 3 and 4 they learn to play by ear. They listen to recordings of the music they are to learn and pick out the tunes on their instrument.

Only when the basics of playing simple pieces with a good time and good technique have established do they learn to play from music. (Personally think this is the RIGHT way to start teaching music, as the ear of young children is very skillful at picking up melodies, and there is no need to get into the complexities of studying the theory of music at such a young age)

Traditionally most classically trained musicians have learned from notation. Teachers 10 to teach in the way they taught and are wary of any other way of reaching.

However, it has shown that distinguished music teachers throughout history,

Have recommended that playing by ear should take place before playing from notation. There fear that pupils who initially learn by ear will never read as well as those who start by reading.

However, research shows the opposite to be true. In addition, these pupils are much more likely to continue with their lessons than traditional pupils are. The pupil needs to develop their technical skills so they can produce the right musical sounds on their instrument.

Finally, when they are introduced to reading a score,

they already have the aural (listening) and technical skills to enable them to reproduce the symbols musically. This is exactly the same principle as a young child learning.