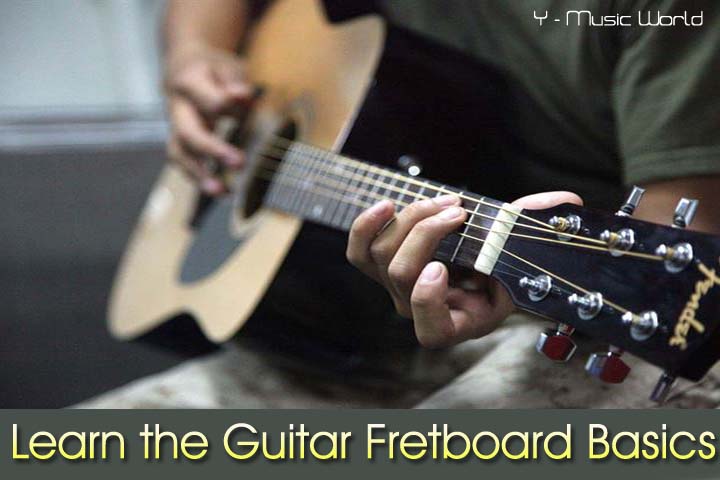 With this in mind, let’s start learning the fretboard.

Wait. didn’t put sharps for the notes B and E, how come?

In musical notation, there are no sharp notes for B and E. There still is sharp for these notes though, it’s just a semitone higher (B sharp would be C, and E sharp would be F).

Remember back in the lesson about tuning your guitar

How standard tuning E, A, D, G, B, E. Well, these are the notes for the open strings (If you were to pick the string without fretting a note).

Let’s take each string a day at a time. For the first day, I want you to memorize the E string (which is 2 strings on the guitar so that’s 1 less string to learn). Each fret equals an interval.

What does an interval mean?

An interval is a distance between two notes. A to A# is one interval.

Now that you know, each fret equals an interval. That would mean if you fretted the first note on the E string that would make it F (one interval after E is F). 2nd fret would be F#, and so on. Once you reach the 12th fret you’ll be back at E again.

If it’s an E again why does it sound different?

If you have dot marker inlays then just picture frets 12 to 24 a mirror image of frets 0 to 12 (just that the 12th fret has 2 dots, and obviously 0 has nothing). A good trick I use to memorize the notes is to go by the fret markers.