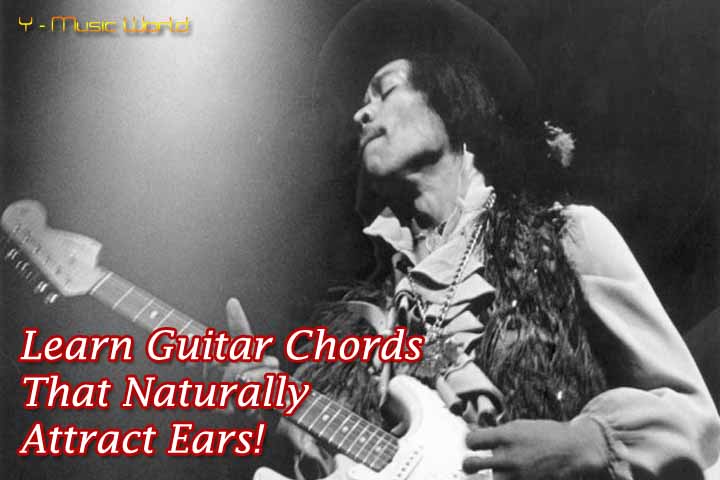 When you learn guitar chords it’s best to start with the 5 Major chords positioned down at frets 1-3. These are called open position chords and are used in pop, rock, folk and country music a lot.

There are also minor and 7th versions of these basic 5 chords. Minor chords sound more ominous, sad, miserable, whatever you want to call them. 7th chords, used a lot in blues and country have their own emotion that I myself find hard to describe…

So, to help you learn guitar chords quicker, below are the 5 Major open position chords followed by their minor and 7th versions for reference.

Remember to number your fretting fingers… 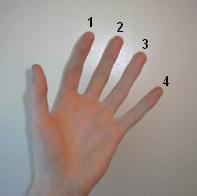 With the chord diagrams below, the blue line indicates the root string of the chord (the bottom string you play), and the red crosses indicate strings you should not hit when playing that chord.

Strings that aren’t labeled with any finger numbers or crosses, just play as open strings without fretting them anywhere.

Again, try and work out how the basic major chord becomes a 7th chord below. Which string are you moving to? Can you hear how this alteration makes the chord a 7th

So there are quite a few chords for you to practice. Try playing 7th and minor chords and mixing them with Major chords to see what kind of songs you can create – many of popular music’s best selling songs use the chords on this page, so see what you can create!

There’s more on chord theory in the Rhythm Guitar Section where you can learn guitar chords using the barre shape and learn how to create chord progressions really easily.