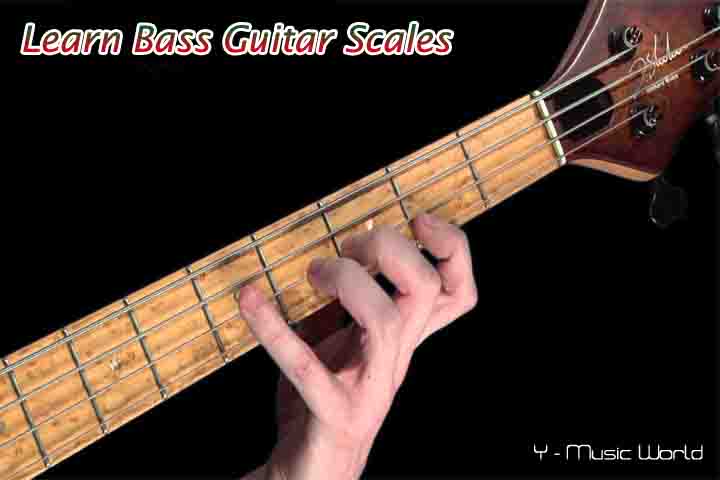 Learn Bass Guitar Scales, As a beginning bass student, the most important thing to learn is bass scales. Learning a bass scale is not as hard as it sounds. There are many that are used across all genres of music and all are necessary to the successful bass player.

What Is A Bass Scale?

The One Octave Major Bass Scale

All major bass scales, or major scales in general, will follow this pattern.

All bass scales have other scales related to them. One such scale is the one-octave natural minor scale. This bass scale differs from the major scale by three (3) notes. In the natural minor scale, the 3rd, 6th and 7th are all flatted or brought down a half step. This makes the whole step/half step structure as follows, starting at “C”: