How To Tune a Guitar For Beginners 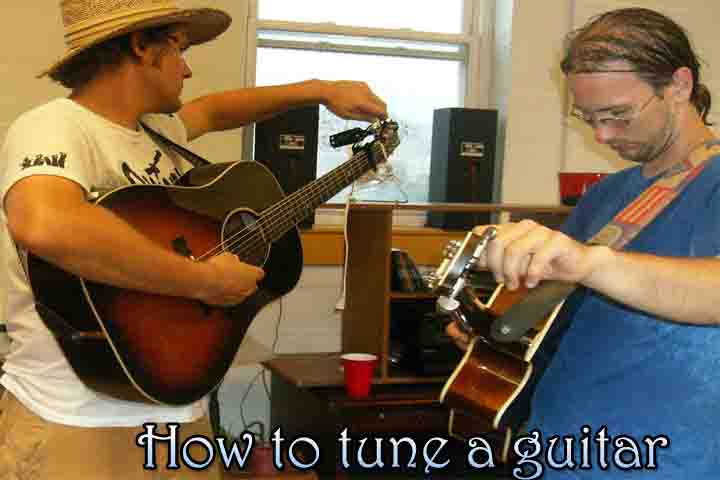 How To Tune a Guitar For Beginners

O.K. So you need advice on how to tune a guitar. Well, you have come to the right spot.

Guitar tuning can be somewhat tricky for someone just learning to play. As well, it can be even harder if you do not have a guitar tuner.

However, have no fear!

I will try my best to explain how to tune a guitar so it’s easy to understand. We can use a few different techniques.

I will first start by saying that if you are lucky enough to have an electronic guitar tuner, you will save yourself a lot a hassle and frustration. If you do not have a tuner then it will be a little harder, especially if you are new to the guitar. Do not worry though, I will walk you through the steps of how to tune a guitar.

How to tune a guitar 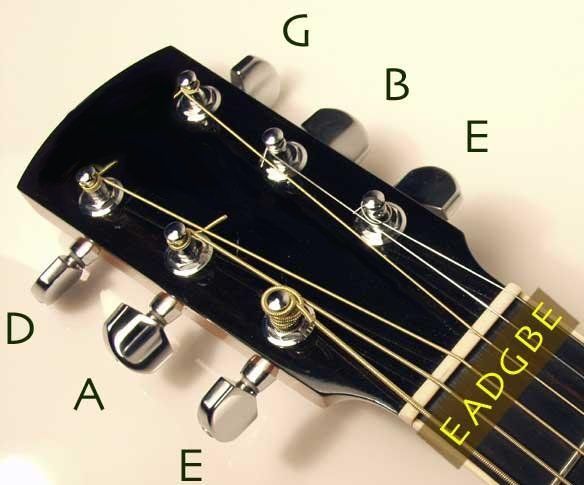 With A Guitar Tuner

First, we will learn how to tune a guitar with a tuner since it was straightforward.

You need to first turn your tuner on and then sit it down in front of you. Some of you might have to plug into the tuner if you are playing an electric guitar. If you have an acoustic guitar, most tuners have a built-in microphone and will be able to here the strings as you strike them.

Next, we want to set our tuner to 440hz which is standard tuning for a guitar. Knowing how to tune a guitar to standard 440hz tuning will allow you to play along with the lessons here at Guitar Lessons Central.

First, we will start by picking the top open E string(6th string) with our pick and let it ring out. At the same time, turn the tuning pegs clockwise or counter-clockwise depending on whether you need to go up or down in pitch. Do these while look at the tuner to watch for the indicator light to come on, indicating that you are at 440 Hz? If the indicator light stays on, then you are on the pitch. If your tuner has a needle, that needle should be pointing at the 440 Hz mark on your tuner. Now we can move on to the next string.

Next, start at the open A string (5th string) and do the exact same procedure as described above. Keep moving down the strings until all are correctly tuned to standard tuning. That wasn’t hard now, was it?

A little suggestion though, if you go to sharp (higher than the pitch you are looking for), it’s a good idea to drop back down below the pitch you are looking for and then slowly come back up to it. Always remember it’s a good idea to tune up to the pitch! This little tip on how to tune a guitar will help you keep your strings sounding the way they should, and not going out of tune as much.

In addition, after going through all the strings, you should quickly do it again. After tuning your guitar, some of the strings may have gone out of tune slightly while you were tuning the others strings. This is especially true if you just put new strings on your guitar. So it is a good idea to double-check to make sure that they are all still in tune. Now you are ready to play!

Now we will move on to the next method of how to tune a guitar called the fifth-fret method. This way is a little trickier, but I am sure you will get through it. Here we go.

The fifth-fret method so-called because most of the times you are picking a string at the fifth fret while comparing its pitch to the string directly below it. It’s good to try and get a reference pitch for the low open E string from something like another guitar or your favorite CD. For your convenience, here is what each string should sound like at standard 440hz tuning.

Once you have your reference pitch for the open E string (6th String), you can tune the rest of your other strings.

Next, place your index or middle finger on the fifth fret of the low E string (6th string). Now pick the fretted low E string followed by the open A string (5th string) underneath it. Pick one after the other and let them ring out. What you want to do is loosen or tighten you are A string by turning the tuning peg to get the same pitch as the fretted E string (6th string). They should sound the same when you have done this correctly.

If you cannot tell if the A string (5th string) should go higher or lower in pitch, a good suggestion would be to loosen the string off until you know that it is well below the pitch you are trying to find. Then slowly tighten the string back up until you reach the same pitch as the fretted E string (6th string). This will keep you from accidentally breaking a string if you happen to over tighten it.

Good! Now your E and A strings are in tune with each other. So let’s move on to tuning the D string (4th string).

On to tuning the G string (3rd string). It’s the same technique as above. Pick the fretted D string (4th string) followed by the open G string (3rd string) underneath it. I won’t waste your time repeating myself so, once you have tuned those to strings to the same pitch we will move on to the next two strings.

stay with me here!

With the B string (2nd string) and the E string (first string), we go back to the old fifth-fret position. Picking the B string at the fifth-fret and followed by the open E string (1st string) underneath it. Match the pitches and you are done!

There is another method on how to tune your guitar. It involves using harmonics, but I am not going to get into that here. The fifth-fret method is a good technique to use when you are just starting to learn. Once you have been playing for a while you can learn the harmonic tuning technique if you would like, that’s totally up to you.

You can read a different article on this site :

How To Hold A Guitar

How To Change Guitar Strings