How to Sing the Vowels Properly 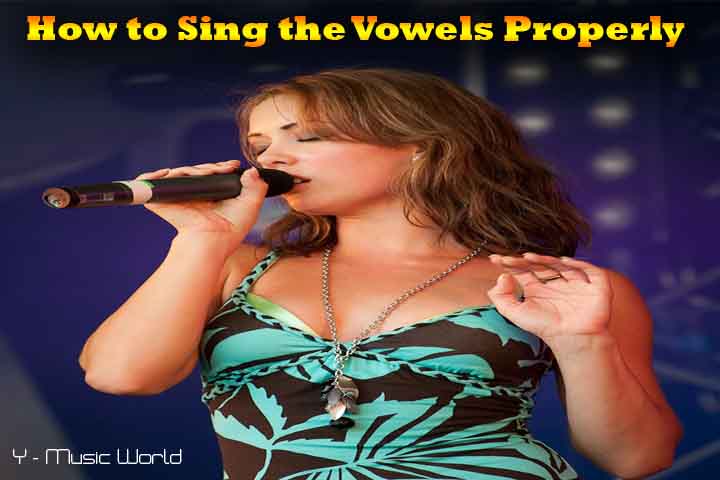 How to Sing the Vowels Properly

Learning how to sing the vowels sounds like an easy thing to do, but in reality, it’s a bit trickier than you might think. Most prospective singers would shock to find out just how poorly they pronounce their vowels. There are five little letters that define every word in a language. Here’s a basic rundown on how each one is done the ‘right’ way, which is to say, the Italian way.

Every vowel should enunciate with your tongue forward in the mouth, tucked neatly behind your bottom teeth. The back of the tongue should kept away from the throat to keep the sound nice and clear.

Sounds are Made With a Widely

The ‘A’ sounds are made with a widely opened mouth and shaped with the cheek muscles.

but at the end of the vowel, bring the back of the tongue up a little bit. The short ‘A’ actually formed by narrowing the cheek muscles a bit, which makes it sound a lot like the short ‘O’ sound.

E is tricky for anyone learning how to sing the vowels, as its short sound is very similar to the long ‘A’. The long ‘E’ made with the tongue slightly raised at the base of the bottom teeth, and the cheek muscles pulled sideways.

Long I sound a bit like the short O as in ‘cot’, with a little bit of a long E (without the cheeks) at the end. Short I made by making the cheeks wide and narrowing the tongue.

As before, the O sounds very similar (some would even say identical) to the A and even the I. Most of the time, each different vowel differentiated by its context.

The U sounds are a bit different and made using the lips. Make your lips into a small circle, but keep your teeth a little bit apart. It actually sounds quite like the OO sound as in ‘food’.

You can make yourself a better singer by hard work, dedication and proper enunciation. The best place to start, of course, is learning how to sing the vowels.

5 Tips and Techniques to Improve Singing