How to Sing and Play Guitar 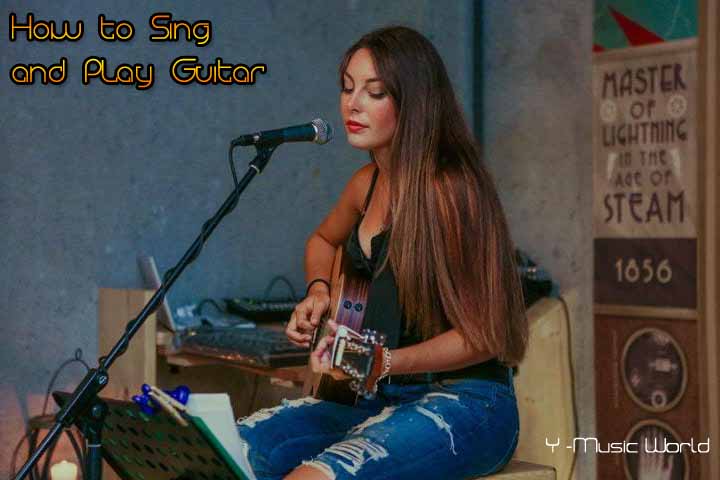 How to Sing and Play Guitar

The guitar is the most popular choice among singers that accompany themselves because it sounds good, it’s relatively easy to learn and it’s light and small enough to carry around without much trouble. How can they learn how to sing and play guitar at the same time without missing a beat or a single word?

If you have already tried to do it yourself, you probably know that it’s difficult to coordinate both actions successfully. Consistent practice and a lot of patience are necessary to learn how to sing and play guitar simultaneously because there is a lot to control. You have to remember the lyrics and sing them in the correct rhythm and in the appropriate pitches, all of this while holding the guitar – affecting your posture for singing – and playing the right chords without missing the rhythm, which is usually different from the rhythm of the vocals. Described like this, it seems nearly impossible to do! However, do not lose heart – it can achieve.

Begin With Simple Tunes and Then Progress

The best way to learn how to sing and play guitar at the same time is to know both the vocal melody and the guitar chords by heart so well that you do not have to think about either of them to get them right. Start by choosing an easy song that you can learn and memorize quickly. Do not try to learn more complicated songs before you can master the basics. Otherwise, you will set yourself up to fail.

After you pick up something that you can learn to sing and play separately with ease, start synchronizing the two of them by humming the song as you try to play it too. Eventually, your hands will develop what usually called “muscle memory” and that will allow you to play the song repeatedly with little thinking and no mistakes.

Focusing on the Lyrics

Focusing on the lyrics will then be much easier, because your guitar playing will be close to robotic, considering how well the hand movements will be ingrained in your brain. Considering those, you can replace humming with singing the actual words, making sure that you work on one verse at a time instead of trying to get the whole song down too fast. This smart way of practicing will bring you results faster than you think. Be careful with the timing, though. The verses and the chords need to perfectly synchronized to make the song sound good, and many times, that is the biggest challenge singer’s face when trying to accompany them on the guitar. To avoid this, choose a song where the rhythmic patterns are very similar for both the voice and the guitar.

Get Creative, Use Your Mind

Have you ever heard of the power of imagination? Imagination is useful for several activities, including singing. You can use your brain to imagine the pitches as you sing or vocalize, shaping them in your mind and visualizing yourself hitting them with the proper body position and vocal tract configuration. This ability will be of much use as you learn how to sing and play guitar since you can also include your fingers in the picture and imagine them playing the chords of the song as you listen to it in a recording or imagine it echoing in your mind. If nothing else, listening to the recorded song can be very useful to make you more aware of its timing and to help you coordinate singing and playing more easily.

In the end, there is no one single answer for the question “How to Sing and Play Guitar at the Same Time” as different things work for different people. However, the ever-present element is practice – lots and lots of practice!