How The Guitar Works 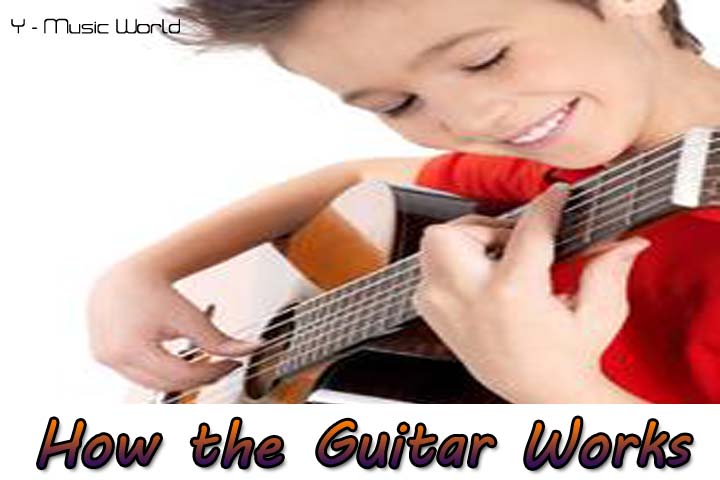 How the Guitar Works 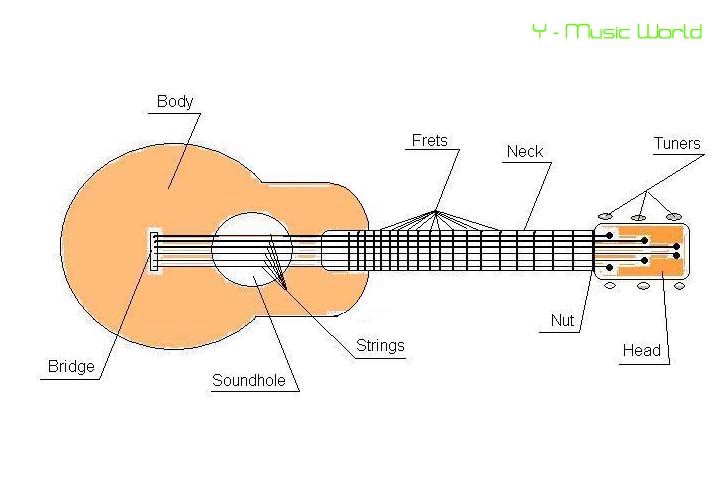 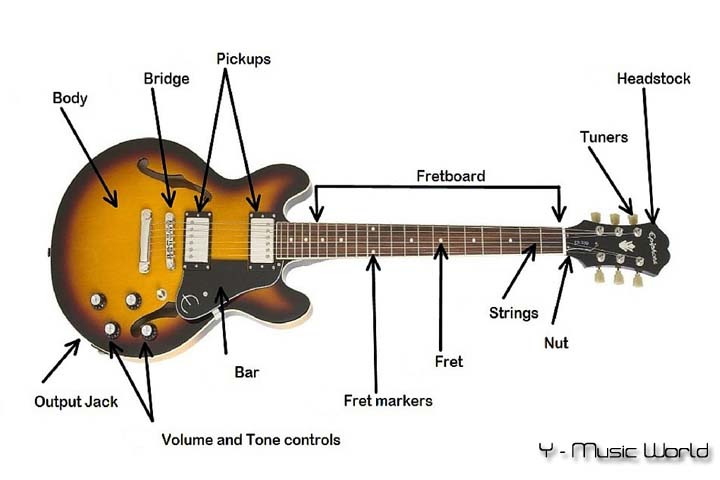 Many parts of an acoustic guitar are the same as the parts on an electric guitar.the ways in which the guitars produce sounds are different. An acoustic guitar has a hollow body, which allows it to amplify the tone of the vibrating strings without the need for an external device.

When deciding which instrument to learn, first consider what style of music you wish to play. If you are into heavier rock, alternative, metal or punk you will most likely want an electric. If you are into folk, mellow or acoustic sounding music then you will most likely want an acoustic guitar. Electric guitars are generally easier to play, as the strings are generally thinner and therefore easier to press against the fret in order to create a tone. Electric guitars also have smaller bodies and necks, which also make them easier to use. Money considerations are also necessary. Acoustic guitars are ready to play as they are, while electric guitars require not only the guitar but also external amplification, patch cords, and optional effects boxes.

Plucking a guitar string induces that string to vibrate. This vibration transferred into the wood of the guitar through the Guitar Bridge and nut. The wood vibrates sympathetically with the strings (ie. at the same frequency). The combined vibration of the wood in the guitar and the strings changed into sound in one of a few ways.

Acoustic guitar: Vibration of wood and strings transferred to air molecules inside the guitars hollow body. This is translated into ‘modulations in air pressure’, which the ear translates as sound.

Electric guitar: Vibration of metal strings transferred into electrical current through pick-ups. Signal sent along a patch cable to an amplifying device, which ultimately sends the signal to a speaker.

It is important to be able to translate a verbal ‘pitch’ into a physical note on your instrument eg.) An ‘A’ note could achieved by playing the 6th string at the 5th fret

Any serious guitarist will know each note of each string on each fret of the guitar. You should know at least the 5th and 6th strings by heart.

Knowing the notes on your instrument is the basis for all music theory, from scales to intervals and chord formations. All music based on the relationship and interaction between notes.

Duration of note is the length for which it played. Most music counted in groups of 4. In fact, you can often tap your feet along to music chanting ‘One – Two – Three – Four’ and you should hear the musical resolution.

Without getting complicated, it is possible to play on or around the beat of the song. The beat is what you would tap your feet along with. Most often, this done simply by feel – by placing the notes where the ‘sound’ likes they should play.

Traditional notation breaks musical durations into whole notes, half notes, quarter notes, and sixteenth notes. Check the reference links if you wish to pursue this further.

Intensity is how loud or soft a note played. In all cases, it partially determined by how hard you pluck the string. also determined by the characteristics of your instrument. In the case of an electric guitar, the intensity can increase and decrease by changing the amplification value.

Timbre the color or ‘feel’ a sound has. Think of the sound a violin makes as opposed to the sound a trumpet makes. may play the same pitch at the same intensity for the same amount of time, however both sound completely different.

You will often hear guitarists searching for the perfect ‘tone’.many of the most respected guitarists are known for their ability to create a beautiful tone.

Quality tone production comes with years of practice and attention to the sounds you make. If you focus only on producing an incredible tone, you will become an excellent guitarist.