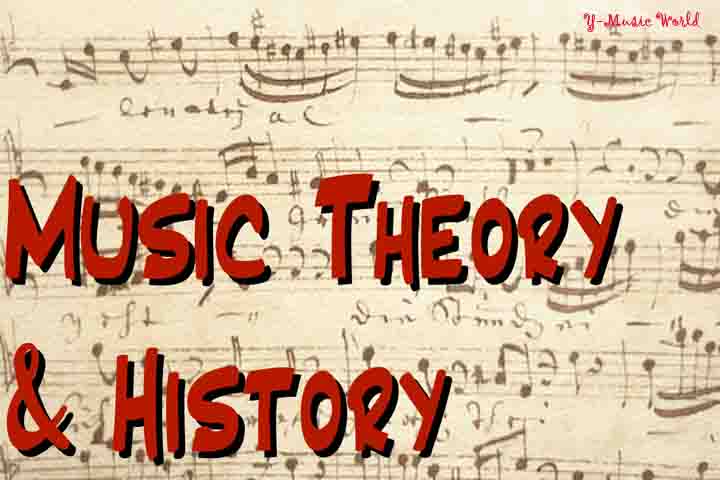 Unraveling the History of Music Theory

Since Man has around Music played in one form or another.

It took thousands of years for music to actually written down. This because no one had the necessary skills to write the music and the materials for writing were not available. Therefore, the History of Music Theory does not really begin until the 900’s when music is written down for the first time.

The earliest composers at that time usually worked for the church, as only the church could afford to buy the materials necessary to write down the music. 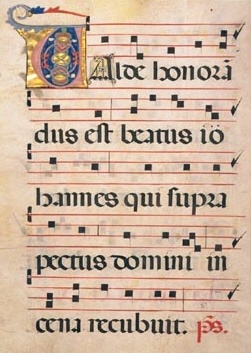 As you can see from the picture all the notes (the square symbols) look pretty much the same and so only the pitch (how high or low the note) shown. A few hundred years would go by until more information shown on the page and much of the standardizing of music theory was down to one man: 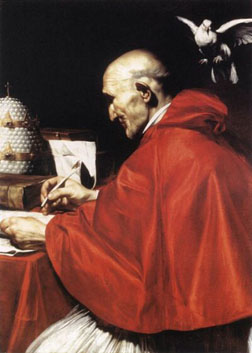 Now the written music showed the pitch and the rhythm. During the Renaissance Period (1450-1600) (renaissance means rebirth, a turning away from God towards Man), most of the music written for singing and songs began to sing about non-religious themes.

In addition, the invention of the printing press allowed music to printed quickly and spread everywhere. The Baroque Period (baroque means highly decorated, fancy) was from 1600-1750 and saw music become more and more complex. Here piece by the Baroque Composer Corelli:

Here is a piece by the Baroque Composer Corelli: You will notice that we now have Italian words appearing above the music. They used to indicate how fast the piece should play. (Adagio means to play slowly)

The Classical Period was from 1750-1827 and included the great composers Mozart and Beethoven. Not much has changed in the writing down of music, at this point but more and more words are writing into the music to describe how to play the piece. One interesting sideline to these two composers is the composed their music; Mozart heard the complete musical piece in his head and wrote it down exactly as he heard it, never needing to make corrections. Whereas Beethoven was constantly changing the notes in his compositions and so, his original handwritten music often looks untidy. 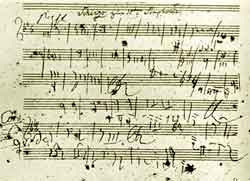 The Romantic Period that ran from 1820-1900 was a time of great passion and revolution and the music of the time followed this trend with composers such as Brahms, Liszt, Schumann, Schubert, Tchaikovsky, and Chopin. They wrote the music from the heart and gave the performer more and more written directions on how the music should play and wrote the music, which pushed the boundaries of the player’s techniques. 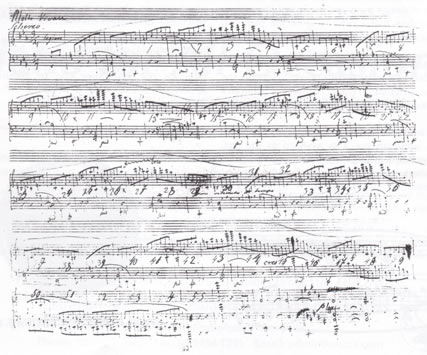 The 20th Century bought a completely new world of music into being. Composers began to move away from the rigid traditions of the past and to stretch the boundaries of music itself. In addition, the way music was written down also broke away from previous traditions. With the new composers creating new rules as they went along. 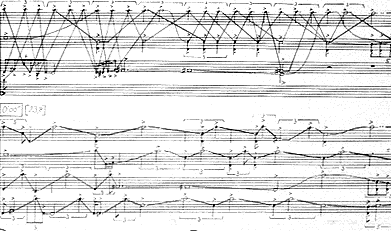