Evolution and Natural Selection in Music 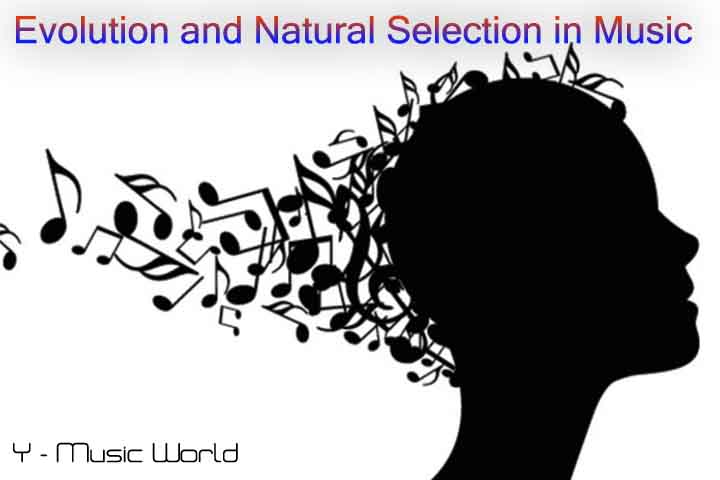 Evolution and Natural Selection in Music

Evolution and natural selection are concepts that most people encounter in their learning of biology.

Still debated and rejected mainly by religious circles, these theories about the development of life on this planet apply too much more than people first realize. It is easy to see how everything from the formation of planets to the spreading of ideas can be explained and better understood with evolution in mind, and even music, in general, is subject to it.

Evolution, stated in a very basic way, how things change over time due to the natural laws and forces of this planet, and the universe as a whole. One of the primary agents of this change is the concept of natural selection, which means that things more suited to the nature of their environment will have a better chance of flourishing, and over time, they will.

Western Music and other Elements

The reason western culture has been successful is that its elements have been more in line with the nature of life on this planet. Western political systems have allowed their people to be more productive and inventive. The rational and scientific thought of the Greeks, which gave rise to most western culture today, naturally selected over time because it produced better results. The Greeks were also responsible for starting the basis for what today recognized as western music, and the reason it is so popular is that it is, well, better.

By “better” we mean more in line with the nature of things. Western music has been more able to provide people with what they seek from music: enjoyment, inspiration, thought, feeling, and so on. The reason that it is overtaking just about any other large tradition of music that it works better than those types of music, generally speaking.

There will always be people keeping alive the musical traditions of past and present cultures, and this is a great thing to do. Even a lot of what could be called western music has been lost to history, but the current elements of it can be seen taking over strikingly different cultures around the world.

In Iraq today, it western rock and pop music that are being played and listened to by the younger generation. In Japan, there are more people interested in western styles than traditional Japanese music. These facts speak to the effectiveness that the western musical system must contain. It is able to produce music that can more universally engage people.

This article is not to say that all other music styles should be forgotten. There is an obvious need for and advantage of diversity, and there is also a historical value in preserving styles from the past and less popular ones from today. However, it is clear that the western music system has proven to be a powerful source of great music, and it will be interesting to see how it develops in the future, and if there is another system out there that might be even better.