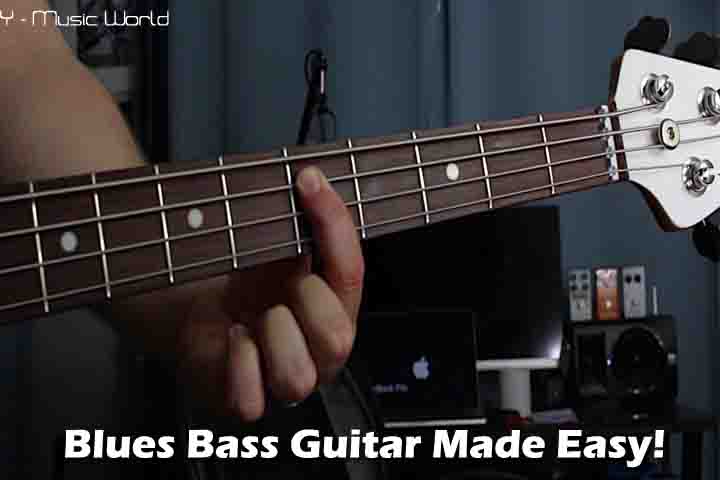 As a music form, the blues is one of the most popular types played. Many other genres like rock, country and even jazz have roots in the blues. Blues music has played for hundreds of years with beginnings in the south and southwest of the United States. Blues bass is an easy and fun way to make music and is easier than you may think.

First, understand that blues based on a progression of the I, IV and V chords of a key signature. If you are unsure what that means, let me explain. In C major, the “I” is a C chord, the “IV” is an F chord and the “V” chord is a G. All you do is count up as you say the letters in order alphabetically.

As there are many forms of the blues available, we will look at the simplest of them with the 12 bar blues bass line. The term “12 bar blues” refers to a 12 bar progression of chords that follow a repeating pattern every 12 bars. Hence the “12 bar” tag we have come to know and love.

What we do as musicians

This pattern never changes in 12 bar blues bass patterns. Hell, some songs may run through that progression 20 or 30 times, depending on the song. So let’s look at an example using G major as a key in 4/4 time with 4 beats to a bar.

In this format, it is hard to give you a visual, so I suggest you start learning online. Get yourself a good blues bass lessons course, preferably a standard bass course that touches on blues bass guitar, to get a more rounded bass guitar lesson structure. You will get written material, text instructions, and audio so you can hear it and video so you can actually see it played. This is why it is so easy to learn blues bass or any bass technique online. Once you start seeing the progress you can make, you will be off on your way to a career as the next great blues bass guitar player! It is easy, quick and you CAN do it!